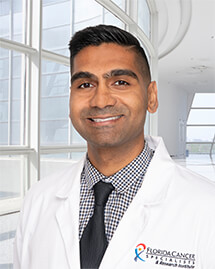 How can you not love these nationalized country studies that make you question foundational oncologic principals; prudence of surveillance CT’s in this case? Thought provoking in the least.  No OS or DFS benefit of CT+CXR vs CXR alone! However some benefit was likely present in higher stage groups, and I doubt this will change practice in the US.

Even after resection of early-stage non-small-cell lung cancer (NSCLC), patients have a high risk of developing recurrence and second primary lung cancer. We aimed to assess efficacy of a follow-up approach including clinic visits, chest x-rays, chest CT scans, and fibre-optic bronchoscopy versus clinical visits and chest x-rays after surgery for resectable NSCLC.

In this multicentre, open-label, randomised, phase 3 trial (IFCT-0302), patients aged 18 years or older and after complete resection of pathological stage I–IIIA NSCLC according to the sixth edition of the TNM classification were enrolled within 8 weeks of resection from 122 hospitals and tertiary centres in France. Patients were randomly assigned (1:1) to CT-based follow-up (clinic visits, chest x-rays, thoraco-abdominal CT scans, and fibre-optic bronchoscopy for non-adenocarcinoma histology) or minimal follow-up (visits and chest x-rays) after surgery for NSCLC, by means of a computer-generated sequence using the minimisation method. Procedures were repeated every 6 months for the first 2 years and yearly until 5 years. The primary endpoint was overall survival analysed in the intention-to-treat population. Secondary endpoints, also analysed in the intention-to-treat population, included disease-free survival. This trial is registered with ClinicalTrials.gov, NCT00198341, and is active, but not enrolling.

The addition of thoracic CT scans during follow-up, which included clinic visits and chest x-rays after surgery, did not result in longer survival among patients with NSCLC. However, it did enable the detection of more cases of early recurrence and second primary lung cancer, which are more amenable to curative-intent treatment, supporting the use of CT-based follow-up, especially in countries where lung cancer screening is already implemented, alongside with other supportive measures.

Neoadjuvant chemotherapy plus nivolumab has been shown to be effective in resectable non–small-cell lung cancer (NSCLC) in the NADIM trial (ClinicalTrials.gov identifier: NCT03081689). The 3-year overall survival (OS) and circulating tumor DNA (ctDNA) analysis have not been reported.

Adagrasib, a KRASG12C inhibitor, irreversibly and selectively binds KRASG12C, locking it in its inactive state. Adagrasib showed clinical activity and had an acceptable adverse-event profile in the phase 1–1b part of the KRYSTAL-1 phase 1–2 study.

Adagrasib (MRTX849) is an oral, highly selective, small-molecule, covalent inhibitor of KRASG12C. We report results from a phase I/IB study of adagrasib in non–small-cell lung cancer, colorectal cancer, and other solid tumors harboring the KRASG12C mutation.