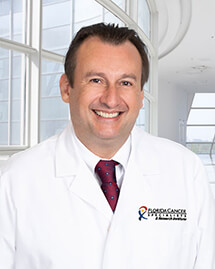 Interesting and common scenario in clinic. Self-reported symptoms do exist but delaying disease-progression may have salutary benefits in the long haul insofar as using dual androgen-deprivation therapy.

We previously reported that enzalutamide improved overall survival when added to standard of care in metastatic, hormone-sensitive prostate cancer. Here, we report its effects on aspects of health-related quality of life (HRQL).

HRQL was assessed with the European Organisation for Research and Treatment of Cancer core quality-of-life questionnaire and QLM-PR25 at weeks 0, 4, 12, and then every 12 weeks until progression. Scores from week 4 to 156 were analyzed with repeated measures modeling to calculate group means and differences. Deterioration-free survival was from random assignment until the earliest of death, clinical progression, discontinuation of study treatment, or a worsening of 10 points or more from baseline in fatigue, physical function, cognitive function, or overall health and quality of life (OHQL). HRQL scores range from 0 (lowest possible) to 100 (highest possible).

Long-Term Outcomes and Genetic Predictors of Response to Metastasis-Directed Therapy Versus Observation in Oligometastatic Prostate Cancer: Analysis of STOMP and ORIOLE Trials

The risk of major adverse cardiovascular events (MACE) following the initiation of androgen deprivation therapy (ADT) in men with prostate cancer is higher for older men compared with their younger counterparts. However, the overall MACE risk at 1 year in all age groups starting ADT is 1% or less, which is much lower than previously published reports. The findings, gleaned from analyses of U.S. electronic medical records, were presented during the virtual National Comprehensive Cancer Network 2022 Annual Meeting.

Darolutamide is a potent androgen-receptor inhibitor that has been associated with increased overall survival among patients with nonmetastatic, castration-resistant prostate cancer.

To provide precise age-specific risk estimates of cancers other than female breast and ovarian cancers associated with pathogenic variants (PVs) in BRCA1 and BRCA2 for effective cancer risk management.